A few words from our founder.

At Accompanied we believe in the strength of individuals, in our ability to shape our lives and to build a better world.  It is this notion that drives us and as entrepreneurs, we turn this drive into concrete results. We do this side-by-side with our clients, sharing our expertise and our network.

Our expertise is optimization. Optimization of public policies and private enterprises. And we are passionate about it. From a bird’s-eye view, we map the field and set out a course. We accompany our clients on their journey and deliver them on location.

Our company was founded in The Netherlands in 2015. Today we have an office in Diemen (Amsterdam) and one in Fortaleza, Brazil. Social responsibility is part of our business philosophy and our being. We dedicate a lot of our time to voluntary work and social projects. That also shaped our business culture and the range of our services. We are a well-balanced, very international team, with members from various age groups and professional backgrounds. But most importantly, we are a bunch of friends who love working together and contributing to this wonderful world.

BY RESULT-DRIVEN CONSULTANTS
AND PRACTICAL HUMANITARIANS

At Accompanied we have a wide range of services related to optimization. Find out what we have to offer for public sector innovation, private sector innovation, or personal coaching. Or check-out what social projects we support on www.companyoffriends.nl

The Latest News
from Accompanied.nl

We are not just an ordinary consulting firm. We are a company of friends. All professionals in our own field. Humanitarians at heart, result-driven in approach. And we love to work with like-minded partners. 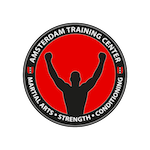 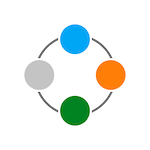 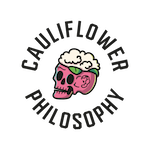 Give us a call or visit our office in Diemen. We’re always happy to share ideas over a cup of coffee.